GOOD FRIDAY IN A TIME OF PESTILENCE 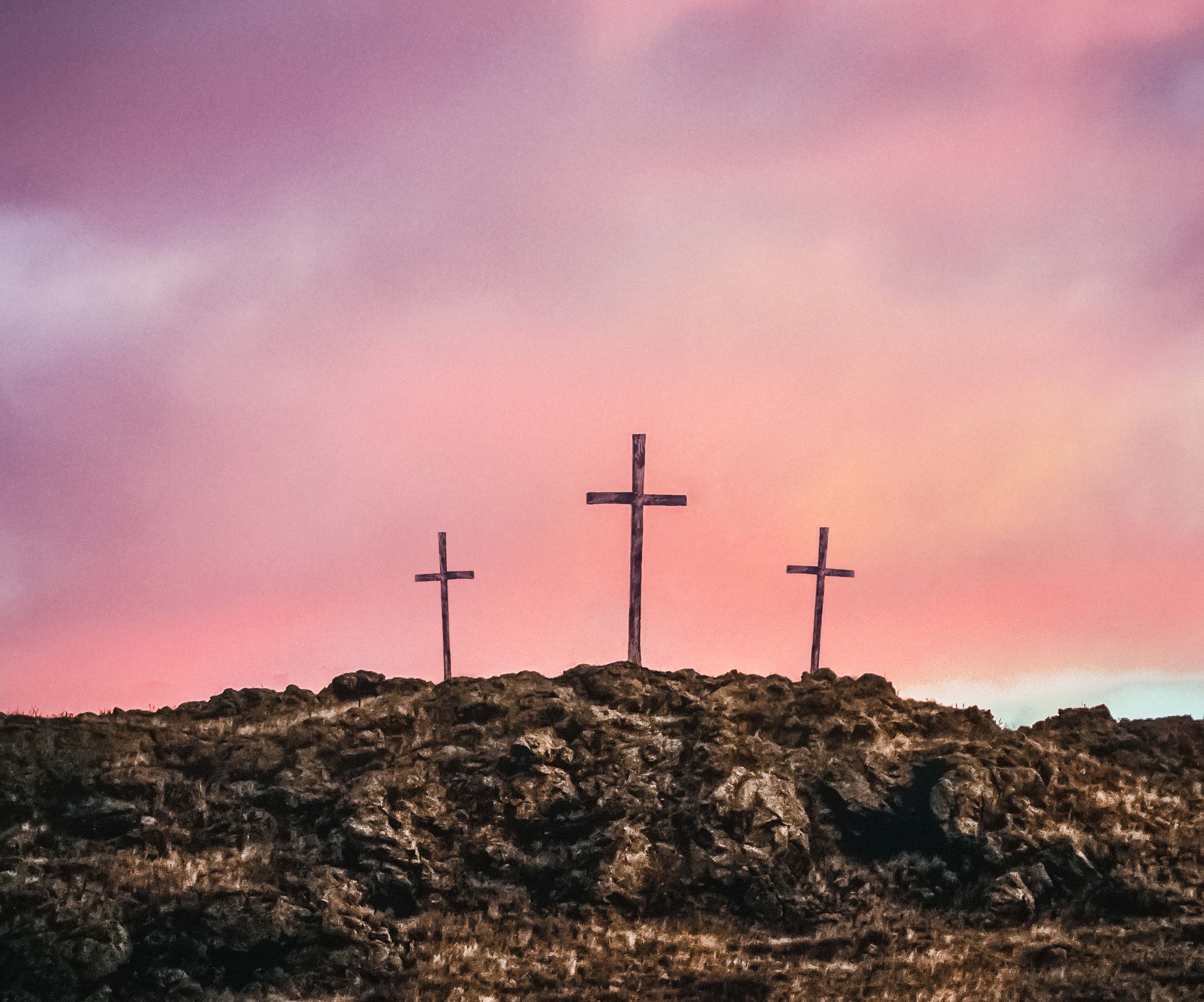 Good Friday is different this year. Not only are many deprived of direct participation in the liturgy of the day, but all of us are beginning to experience the effects of COVID-19: either directly, or because of the uncertainty and restrictions imposed on our everyday life. And we know there is more to come.

We live in a nation that – correctly or not – proclaims itself “the lucky country”. Most of us have managed to avoid periods of public crisis such as our parents or grandparents endured. In the space of thirty years, apart from the usual tally of bushfires and floods, they lived through a pandemic, two world wars and the Great Depression. They knew hard times. Most of us, on the other hand, have the expectation that we will be able to continue indefinitely the mildly pleasant life to which we have become accustomed. Today that prospect is threatened.

The character of the Good Friday liturgy is sombre, but its sobriety is brightened by the realisation that Easter is just around the corner. The suffering of the Cross can be endured because it is passing. We know that the darkness of the day will quickly yield to the dancing sun of Easter.

Such optimism was not experienced by Jesus’ closest disciples. Nothing served to mitigate the tragedy.
We can scarcely conceive the horror of that day for them. Roman sources reveal that crucifixion was considered the supreme punishment, one reserved for rebellious slaves. The victim became a public spectacle, suspended naked and bleeding from scourging, to become the living prey of the carrion birds who haunted the execution sites. And the victim hung for hours in agony, until death mercifully intervened.

In the case of Jesus, the extreme physical suffering was magnified by the savage mockery of those who had secured his condemnation. More even than that, he was wounded by the rejection of those among whom he had gone around doing good, those to whom he had shown a more excellent way. And if this were not enough, an overwhelming sense of spiritual desolation expressed in the cry, “My God, why have you abandoned me?”

At a human level, there is nothing to assuage the horrifying hopelessness that enshrouded that day. Not only for Jesus, but also for those who followed him. The Emmaus disciples declared that they had hoped, but that hope was destroyed. There was nothing left but for Peter and his friends to go back to their fishing.

We know, of course, that Calvary was followed by Easter. They did not.

Nor do we, when our time comes. When troubles strike, even though they are comparatively minor, we are floored by our powerlessness to remedy the situation or even endure it calmly. There seems to be no light at the end of the tunnel.

In the Christian scheme of things, a whole theology has been constructed around death and resurrection. The cross is the sign and symbol of our faith. Yet we expend a disproportionate amount of energy in ensuring that it passes us by. I am reminded of a sentence in Albert Camus’ novel, The Plague. “Who would have believed that crime consists less in making others die, than in not dying oneself?” Although we acknowledge the inevitability of death in its final form, we spend much energy trying to avoid its life-denying precursors: illness, infirmity, anxiety, unhappiness, failure, loneliness, rejection and the like. And when our avoidance fails, we fall prey to despair. Our faith calls us to believe that, finally, all will be well, but we struggle to accept the truth we profess.

We are Christ’s Body, members of a crucified Head. It should come as no surprise that we also are called to enter into a more abundant life through the portal of death – death in all its manifestations. In the paradoxical providence of God, the seed must fall into the ground and die before it bears fruit. Just as we pray that the exposure of the scandals of sexual abuse and manifold corruption will lead to a purified and self-reforming Church, so may we dare to hope that this pestilence will kindle in us, and in God’s faithful people, a recognition of our need for God and a willingness to cry out for help.

Just as we try to strengthen the immune system to resist the coronavirus more effectively so, in this time of crisis, we need to fortify our faith so that it finds its full flowering in a quietly confident hope. Now is the time to renew our commitment to God, to deepen our trust, to strengthen our hope, and to give ourselves more generously to prayer. We must move towards the realisation that whatever hardships lie in wait for us over the next few months, God will not desert us. This also is a time of grace. It can be for us and for all, a time of growth. Let us pray that God will empower us all to pass from this dark place of difficulty and doubt to a living hope that exposes us all to the glory and power of the risen Christ.

The Road to Enternal Life